WHERE IN THE WORLD IS BELIZE?

The country of Belize is proof that great things come in small packages. The size of the state of New Jersey, it sits below Cancun, Mexico and East of Guatemala, right on the Caribbean Sea. This juxtaposition of Central America and the Caribbean islands blends into the wonderfully unique and diverse Belize. With a population around 366,000 Belize is home to many cultures including Mayan, Kriol, Garifuna, Mestizo, Mennonite, Taiwanese and Lebanese. 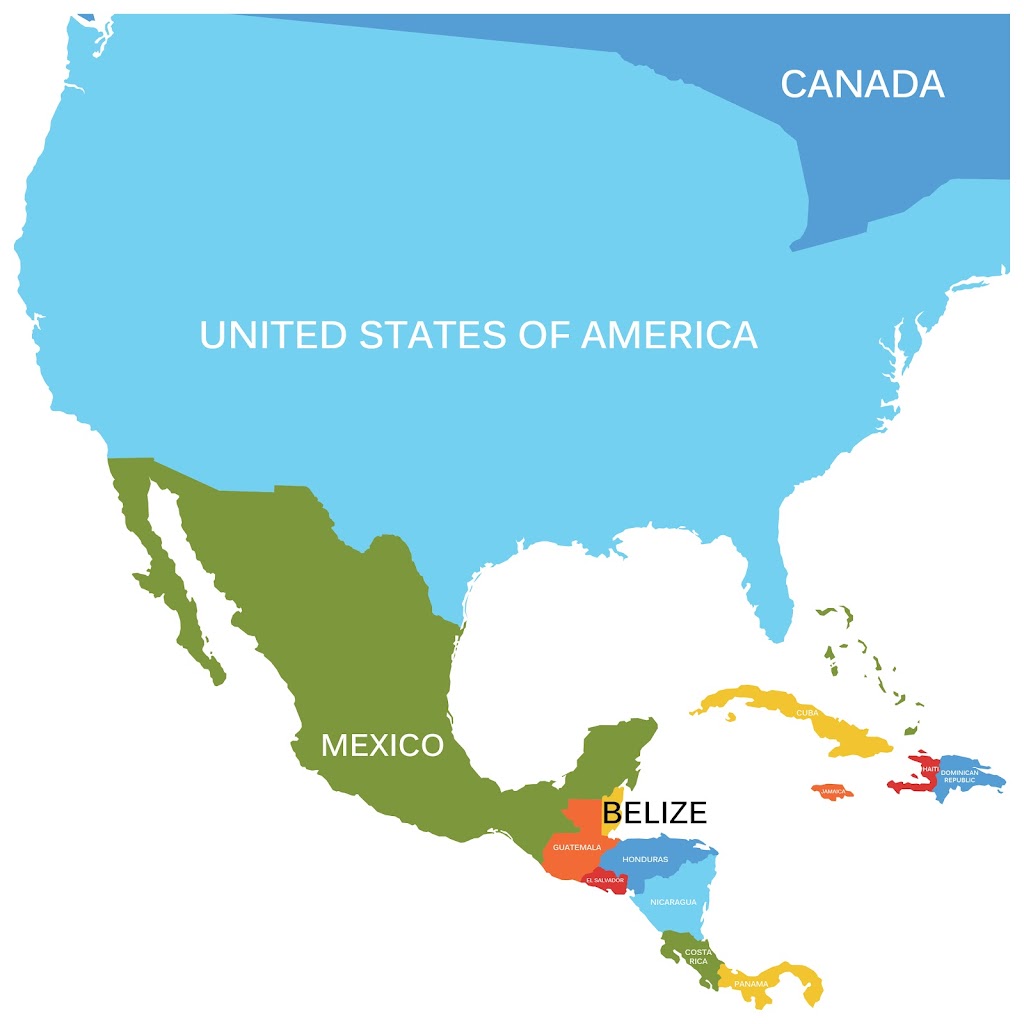 Though only 8,867 square miles, the land of Belize is just as diverse as its people and has 26% preserved through a variety of reserve statuses. This hemisphere’s largest barrier reef stretches along nearly the entire coast. With features such as the Great Blue Hole, rare and beautiful marine life and more than 200 islands there are almost unlimited adventures to be had exploring the sea. The mainland has more in-tact forest than any other country in the region and thus the creatures found there are many. The temples of the ancient Maya still stand, now open to the public under the protection of the government. 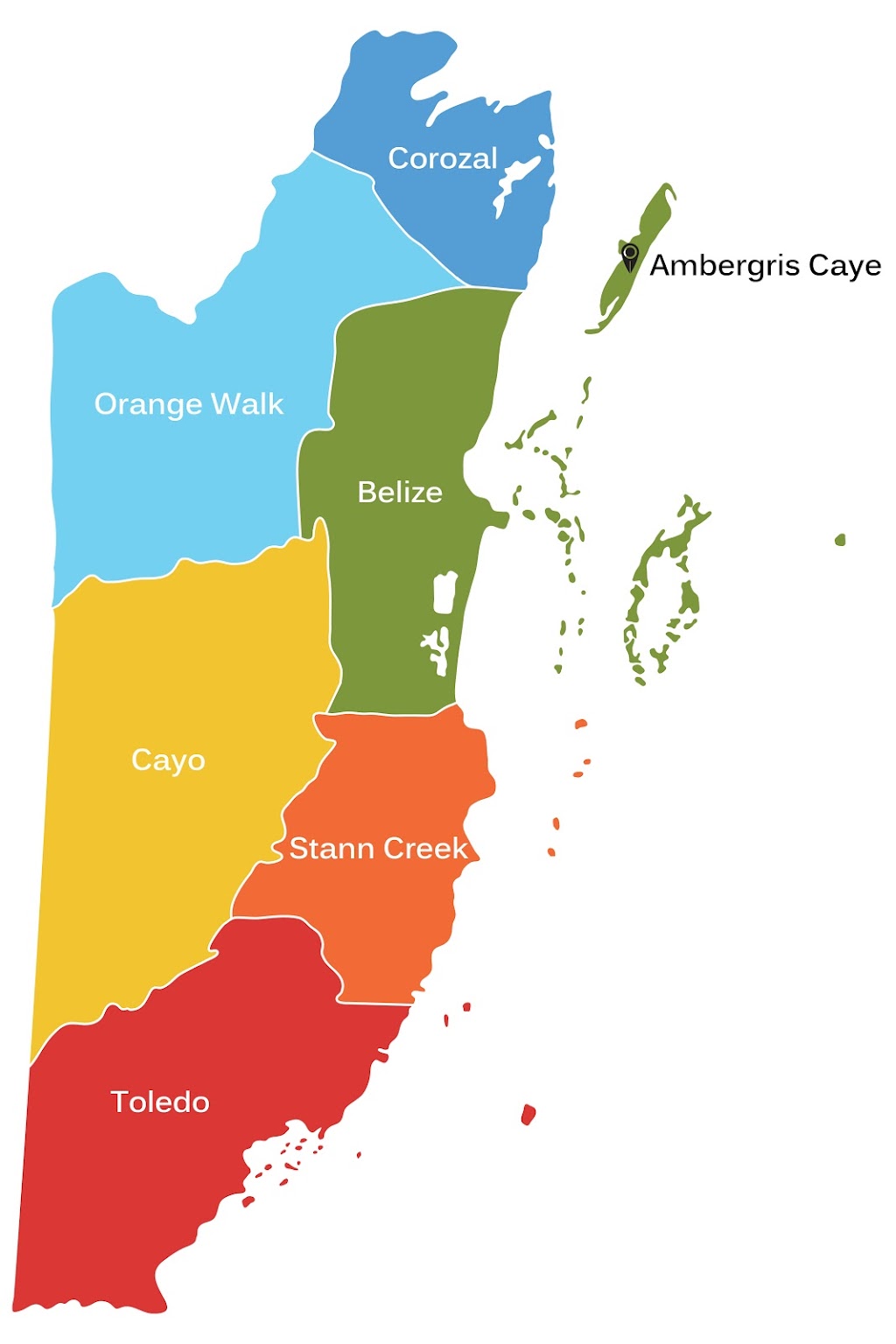 The largest island, Ambergris Caye is a popular destination and is also the home to a thriving and tight-knit community. Also referred to as San Pedro, the name of the only town on the island, what was once a tiny fishing village has grown to include its own airstrip, a lively restaurant scene and your choice of resorts. The island has one road running north, which is paved for three miles to Belizean Shores Resort and then continues as a gravel road. Ambergris Caye is 25 miles long and up to 1 mile wide, though much narrower in many places. The island is split by the bridge on the north end of town, where there is a toll bridge. The road then continues north to the rest of the island. Golf carts and boats comprise the majority for transport.

The reef runs just offshore, gradually becoming closer as you go north. It’s the highlight of Belize and is world-renowned. While these formations are beautiful and ideal for marine activities such as snorkeling and diving, the relationship between the reef and the island translates into beaches that are not the wide sandy beaches found in other areas of the region, like Cancun for example. The sea beds here are an important nursery ecosystem for a multitude of marine creatures and have Sea grass or "Turtle Grass" growing. This grass can grow in the shallow waters as there is such strong protection from winds and currents by the reef. Ambergris Caye’s waters are warm, calm and shallow for quite a ways out. 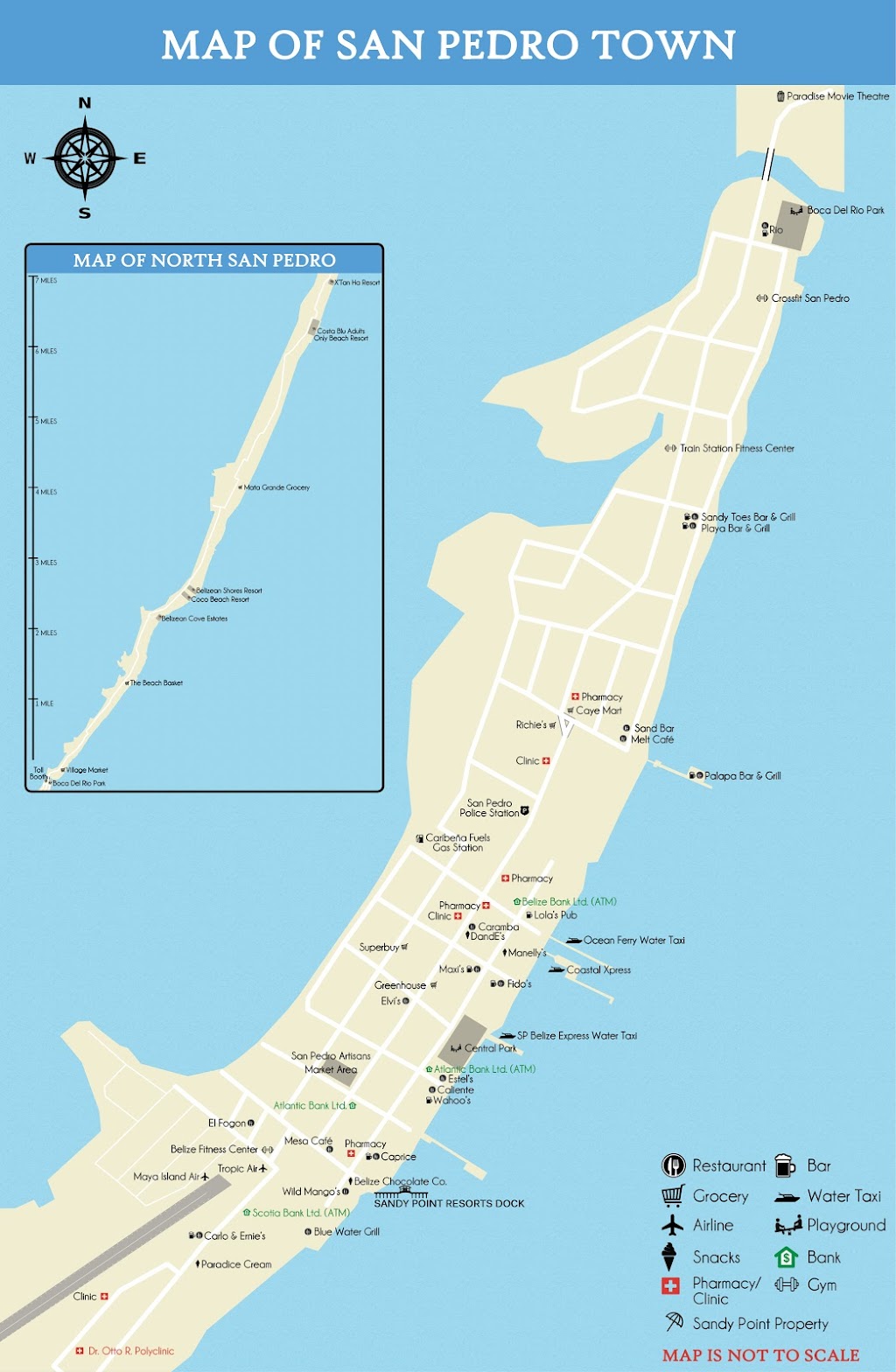 To go back to the home page, click below